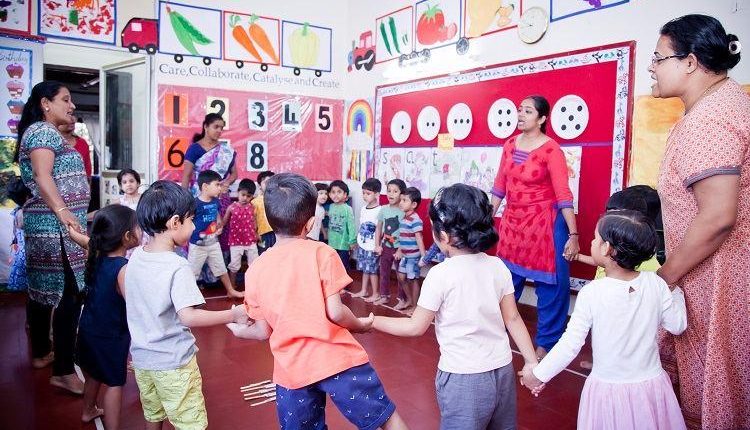 Picking the right school for your child is a trial by fire that every parent has to face. The decision you make today will shape your ward and decide to a large extent, their future. So with this looming pressure coming at you at the speed of a freight train, it is time to take a deep breath and actually look at the options you have.

In Tamil Nadu, parents often choose the State Board as it is the easiest route to score the marks required to get into a college of the student’s choice. But reports on how these students fare in competitive exams and even suffer in colleges outside the state, have now put parents in a dilemma.

The obvious choice following this would be to gain entry into a school that offers Central Board of Secondary Education(CBSE) or the Indian Council of School Examination (ICSE). But here is where, as a parent, your critical thinking comes into play as you focus on the what more the country’s education system has to offer.

And in comes the International General School Certificate Examination (IGCSE) and the International Baccalaureate (IB) board as additional options. They are not discussed as often or in the same breath as ICSE and CBSE. But these international boards have been gaining tremendous popularity over the last decade and are here to stay.

“In the year 2000, there were about 5 schools across the country that offered the International Baccalaureate (IB) in India. But today the number at 137,” says Michael Purcell, an IB educator in the US, Thailand and India for the last 25 years, and currently Head of School of Kids Central. “Parents are now beginning to look beyond just marks in the board exams and are focussing on the holistic development of the child,” he adds.

How is the IB and IGCSE system different from CBSE or ICSE?

The basic answer here lies in the pattern of assessment, according to the educators. They opine that these boards go beyond what is in the textbook and refrain from teaching the student to only learn and reproduce. According to Mallika Sen, an educator with more than four decades of involvement in school education in Bengaluru, “International boards focus on discussion, challenging assumptions, critical thinking, decision making and conflict management. The teacher to student ratio is never more than one is to 25 and this ensures that learning is customised for each child,” she says. “This is what makes it so relevant in the 21st century,” she adds.

So does CBSE and ICSE not offer space for critical thinking and discussion?

“The problem is that these boards cater to a large number of students. They are trying in their own way to ensure project based learning,” says Mallika. “But like we saw their effort to not have board exams in 10th standard failed. While they want change, they are not imparting enough training to teachers to bring about the same,” she explains.

But can students who pass out of these schools fit into the mainstream colleges in India?

“It was difficult earlier but now Universities in India are rethinking their admission criteria. They realise that student from this background can bring more creativity and critical thinking into the system,” says Michael. “There is a lot of brain drain from India to Universities in the United Kingdom and the United States. So, if the country wants to stop that, they have to go beyond rote learning and assessment systems that do not allow critical thinking,” he adds.

Mallika however does point out that students who join colleges in India following the completion of their schools often feel as if they have taken a step back. “But they are trained to take up challenges and to make good decisions. So they do their research before choosing a University,” she says.

But before children dive into the vast world of education and step up to such choices, it is parents who have to start doing their research. And to kick start this process KC High, a Cambridge International School, is hosting a discussion where both educational experts Mallika Sen and Michael Purcell will be debating which Board best equips your child with 21st Century Skills.

The event will be held at The English Tea Room, Teynampet in Chennai at 11 am on July 22.