December 10, 2021Blogs, Gallery, News, Students' Blogsby Administrator
Let’s cook up some maths with Grade 7! Anusha aunty incorporated concepts such as ratio and proportions with yummy snacks like pizza crackers, bruschetta and bread rolls! Certainly an appetising approach to numbers!
Anusha aunty is a KC parent who was assisted by Sangeetha aunty, our math teacher during this session. She made us do 3 tasty appetizers with definite measurements. We made Pizza crackers, Bruschetta and bread roll. It was a very fun group activity and we all had an amazing time.
By Sriijan- Grade 7.
The ‘Tasty math appetizer’ was led by a KC parent as a fun and tasty way to learn about ratios and proportions. We were split into pairs and the ingredients were provided to us by Anusha aunty which included plates, spoons, bouls and cups. We made three different appetizers beginning with the pizza crackers, followed by a bread roll and finishing with a bruschetta. The best part of this session was none of them required fire to cook. We were allowed to take the food home and eat. Overall it was a tasty way to learn math and we all enjoyed it.
By Raghava, Grade 7. 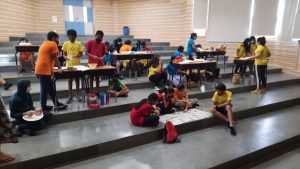 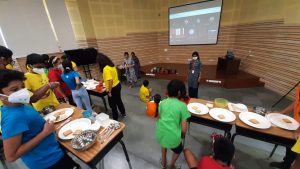 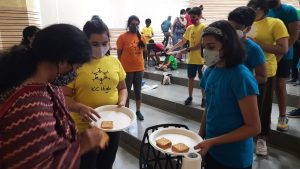 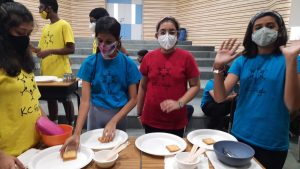 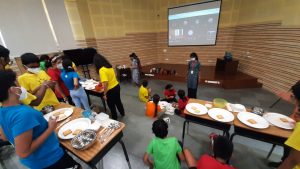 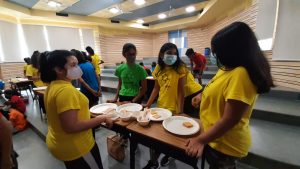 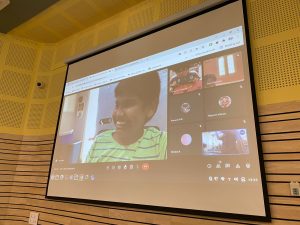 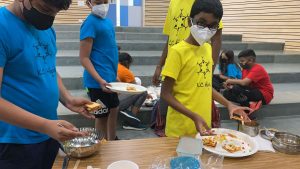 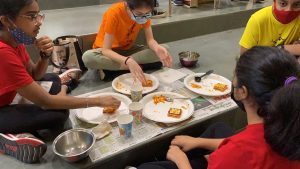 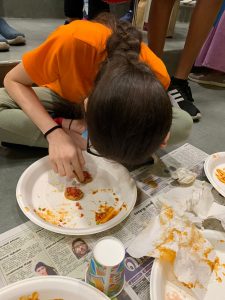 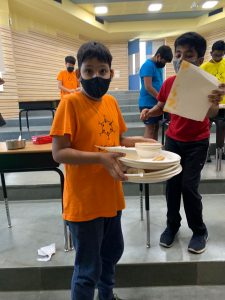